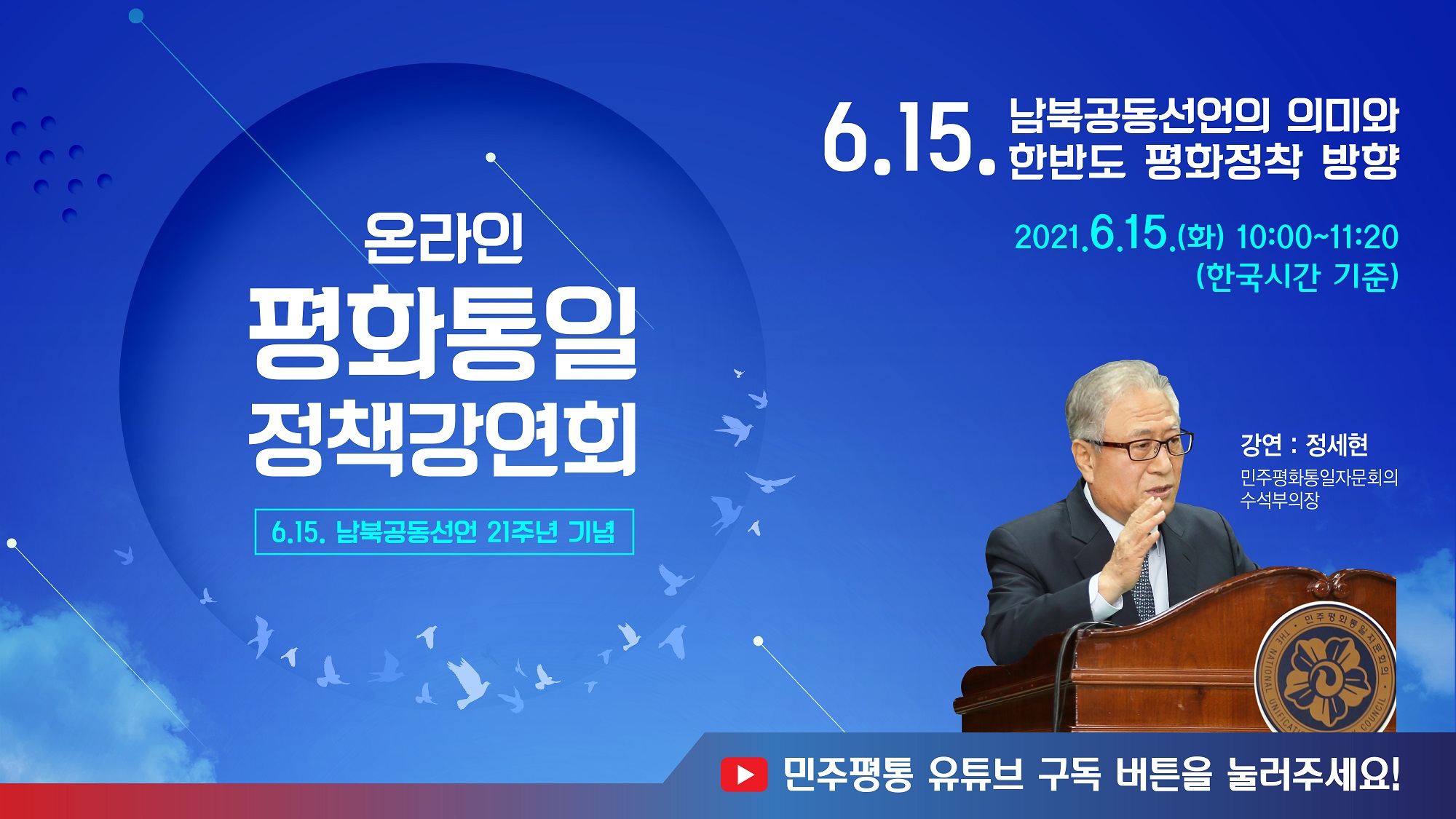 The National Unification Advisory Council (NUAC) held an ‘online lecture on peaceful unification policy in commemoration of the 21st anniversary of the June 15 South-North Joint Declaration’ on June 15 (Tuesday) at 10 am (Korean time). The lecture was held in a video conference and was broadcast live on the NUAC’s official YouTube channel. More than 300 council members at home and abroad participated in the lecture which lasted about an hour and 20 minutes, including a lecture and question-and-answer session.

NUAC Executive Vice-Chair Jeong Se Hyun gave a lecture on “The Meaning of the June 15 South-North Joint Declaration and the Direction of Establishing Peace on the Korean Peninsula.” Jeong said that ‘the June 15 Joint Declaration’ was meaningful in that the two leaders – the President and the Chairman of the National Defense Commission – confirmed the coexistence of South and North Korea in a document. It was also meaningful that the door to ‘inter-Korean exchanges’ and cooperation was opened to pave the way for South Korea to provide economic aid to North Korea at a time when the North Korean economy was in a difficult situation. 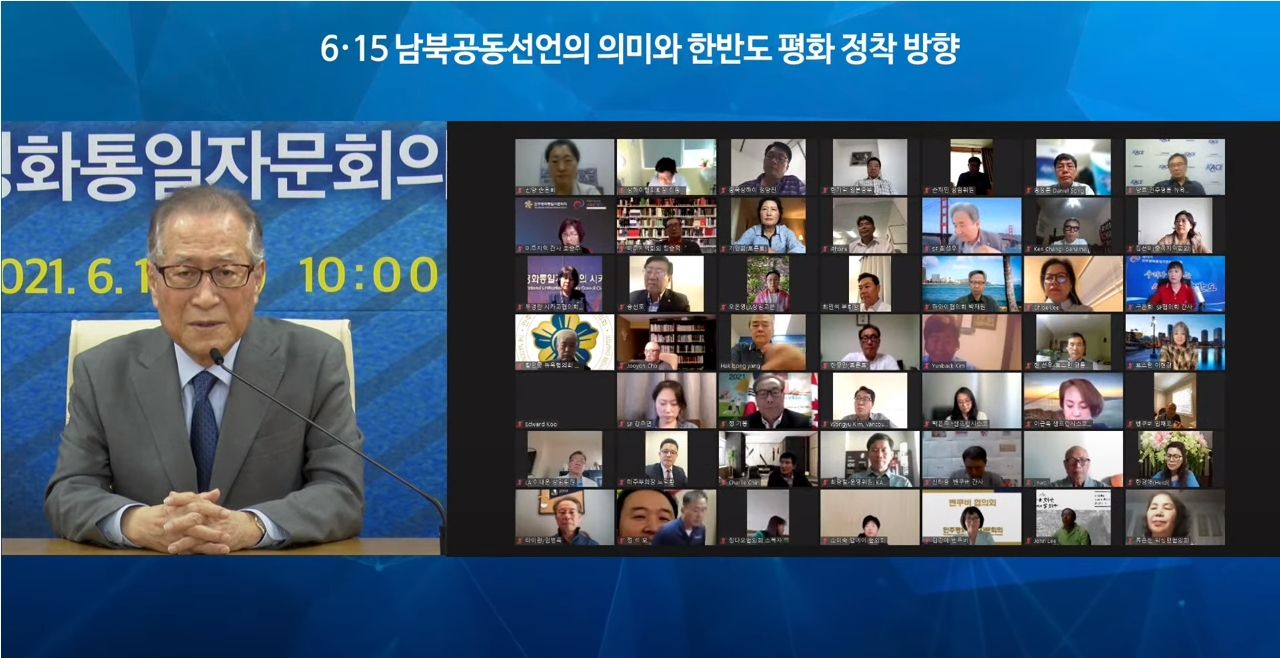 In order to restart the Korean Peninsula peace process, Jeong stressed that the South Korean government should persuade the U.S. to stop its hostile policy toward North Korea which is represented by the South Korea-U.S. joint military exercise. That would facilitate negotiation between North Korea and the U.S., Jeong said. He called on overseas council members to make efforts to formulate public opinion on peace on the Korean Peninsula through peace public diplomacy in their respective countries. 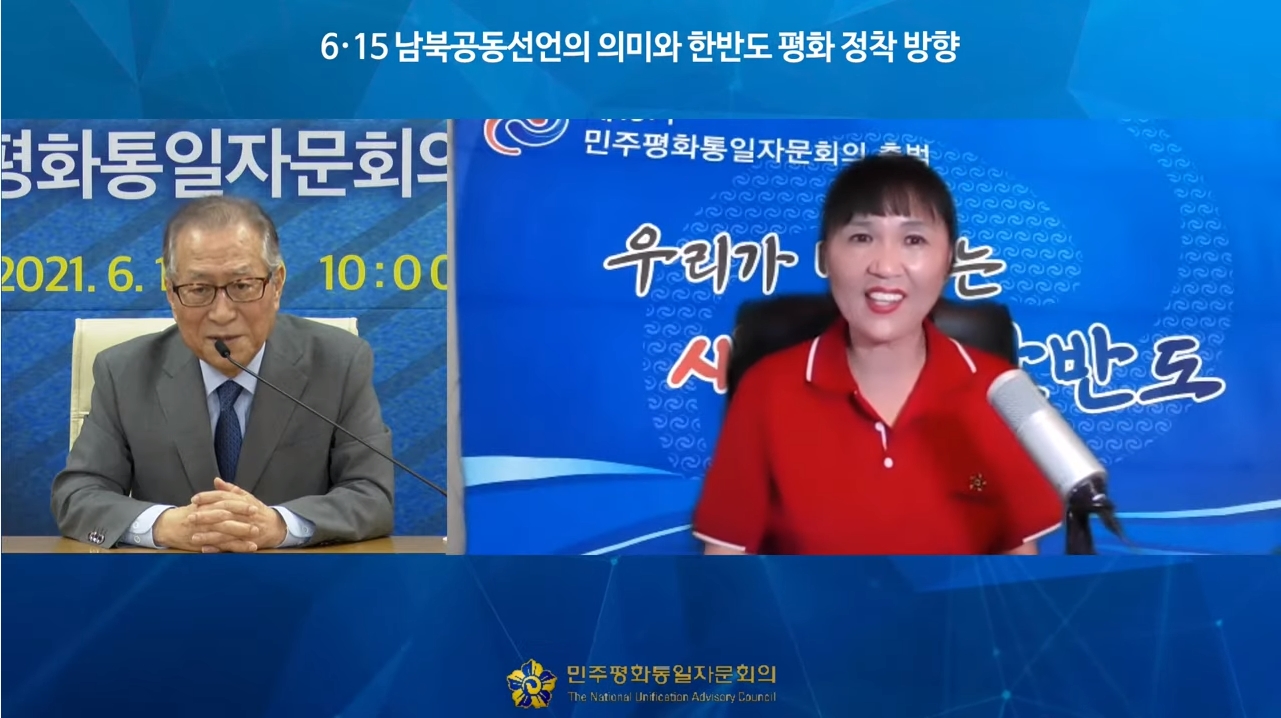 Council members actively asked questions in the question-and-answer session that followed Chung’s lecture. Koo Eun Hee, Secretary-General of the San Francisco Chapter, asked about the meaning of the term unification under the situation that South and North Korea coexist as two countries. Executive Vice-Chair Jeong said that unification of the Korean Peninsula is a long-term task but that under the current situation, the two sides should seek a relationship in which their systems coexist and promote exchanges and cooperation as does the European Union. Such a framework should be seen as unification, he said. 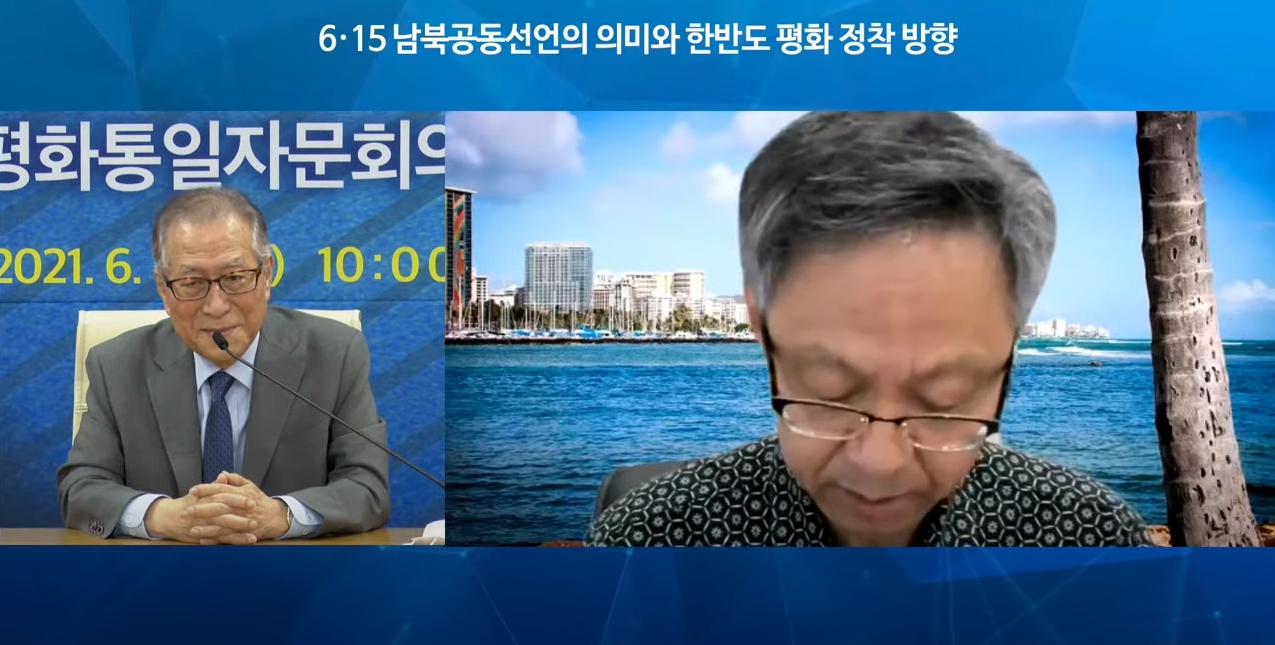 The lecture provided a meaningful time for council members to be reminded of the meaning of the June 15 South-North Joint Declaration and understand the situation on the Korean Peninsula and strengthen their peace public diplomacy capacity at a time when the resumption of the Korean Peninsula peace process became important after the South Korea-U.S. summit. The conference is available on the NUAC’s official YouTube (https://youtu.be/QBPA6i4B8Go).